Edit the accessed date as necessary
🠔 Back 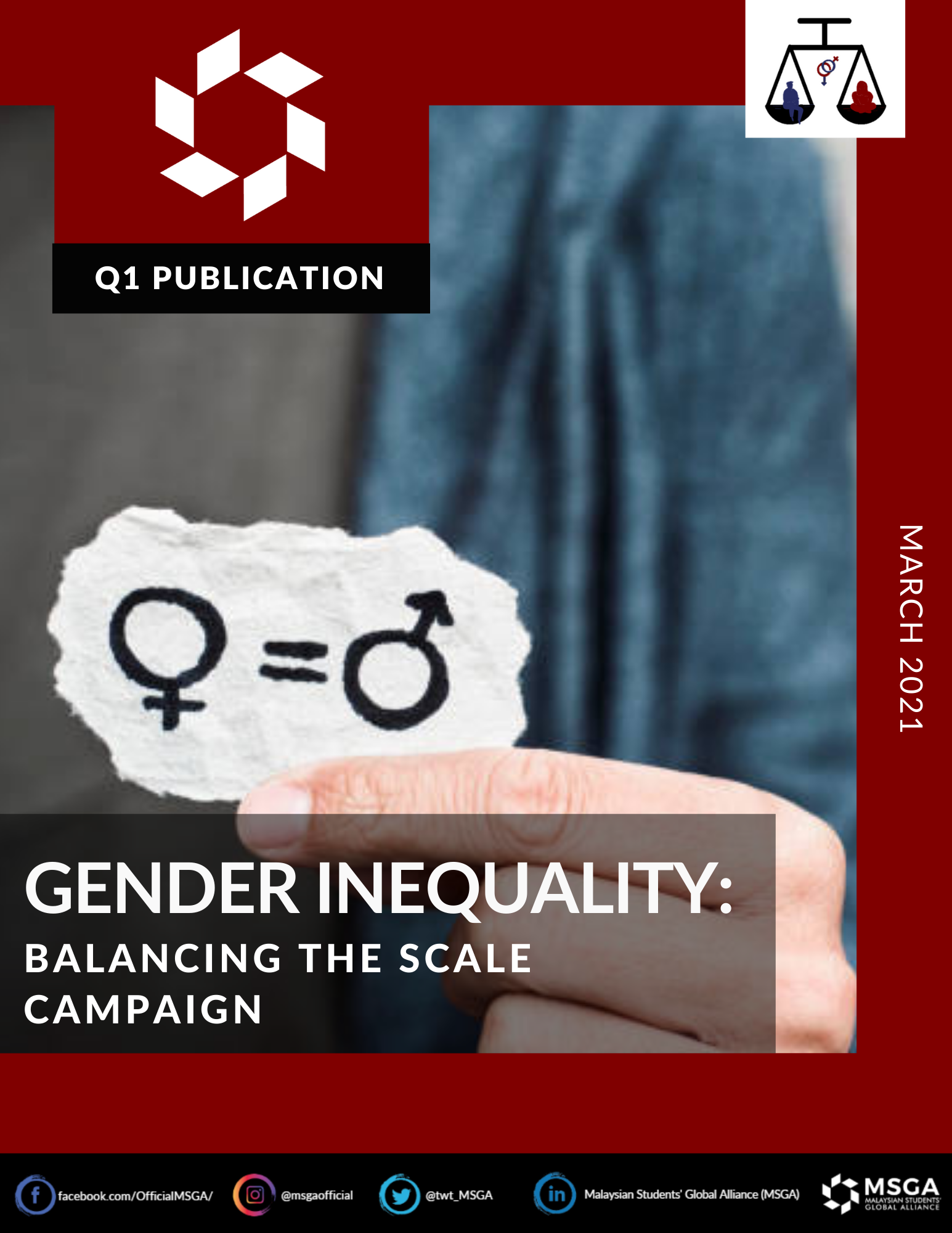 Women make up half of the world’s population and contribute substantially to the development and prosperity of each and every nation. Nevertheless, rights and opportunities are very disproportionately distributed solely on grounds of gender or the differing obligations placed on females compared to males. This led to centuries of fight towards achieving gender equality, yet, it is very unfortunate to observe that we have not achieved this fundamental human right. As per Mr. António Guterres, the UN Secretary-General, “Achieving gender equality and empowering women and girls is the unfinished business of our time, and the greatest human rights challenge in our world.’” Some of the primary discriminations faced by women in Malaysia are in consequence of cultures and long-existing traditions influencing the position of women in society. This has led to a multitude of harmful practices such as child marriage, marital rape as well as inherent discriminations faced by women when they decide to partake in the workforce; these being the primary focus of the Quarter 1 campaign. This particular social issue has further been accentuated by the pandemic and its subsequent lockdown. Despite Malaysia's claim to take steps towards achieving equality for instance by being a signatory of CEDAW (United Nations Convention on the Elimination of all forms of Discrimination Against Women), yet a lot of the requirements of the conventions are yet to be adhered to. According to the 2018 report made by the United Nations CEDAW committee in regards to steps taken by the government towards achieving equality, it was reported to be ineffective due to ‘lack of political will, lack of understanding of gender equality, and lack of institutional ...

All rights reserved. No part of this publication may be reproduced, distributed, or transmitted in any form or by any means, including photocopying, recording, or other electronic or mechanical methods, without the prior written permission of the publisher, except in the case of brief quotations embodied in critical reviews and certain other noncommercial uses permitted by copyright law. For permission requests, write to the publisher, addressed “Attention: RA Permissions Coordinator,” at the email address below: